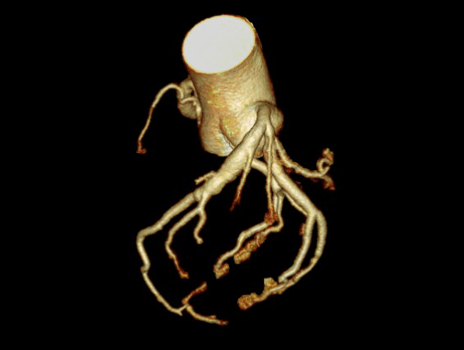 What is Kawasaki disease

Kawasaki disease is a condition where the body develops an inflammation of the small and medium sized arteries of the bodies. To explain what an inflammation is, it is fair to compare it to a burn, where the area affected becomes tender, swollen, red and hot. This inflammation causes a weakening of the wall of the body arteries which can cause in children the swelling (aneurysm) of the arteries. Sometimes, the healing process can instead cause a narrowing of the arteries. The disease most commonly causes dilatation of the coronary arteries (the arteries that feed the heart itself with oxygen and nutrition) and it is the main cause of acquired heart disease in children. It is estimated that around 8 in every 100,000 children develop Kawasaki disease every year in the UK.
The disease starts as many other febrile illnesses and children present with several symptoms and signs, which are used to make the diagnosis of Kawasaki disease.

These symptoms and signs are:

Despite significant research efforts to try to understand the cause of Kawasaki disease, we still do not know the exact cause. It is believed that an infection (germ or virus) could trigger the inflammation typical of the disease.

The condition is called Kawasaki disease after the name of the first doctor (from Japan) who first described it. Children of asian and pacific origin are at higher risk of developing the condition. The conditions is also more common in children younger than 5 years of age and in boys rather than girls.

The majority of children recover from the disease as soon as the condition is suspected and appropriate treatment is delivered. Complications generally occur before appropriate treatment is initiated or when the disease goes untreated for some time and fortunately affect only a minority of children (less than 5%). The key in avoiding complications is early diagnosis and treatment. The most common complication is dilatation of the coronary arteries. In the majority of cases, when the coronary arteries are affected the dilatation is mild. However, the dilatation can be significant in a minority of children (giant aneurysms). In children with giant aneurysms of the coronary arteries there is the risk of blood clots forming and causing a heart attack. The inflammation can sometimes extend to other parts of the heart and to other arteries of the body causing a drop in heart function, problems with the heart rhythm (arrhythmias or fast/slow heart beats) and problems with the heart valves.

Children where the diagnosis is suspected have to be admitted to hospital for investigation and assessment by several specialists which include a general paediatrician, a paediatric cardiologist, an infection disease expert and sometimes an expert of inflammation like a rheumatologist. Children have to undergo clinical examination, blood testing for signs of inflammation and to exclude other causes of fever, a urine test, an electrocardiogram (ECG) and an echocardiogram by a paediatric cardiologist to look at the size of the coronary arteries and rule out coronary aneurysms.

Children with a suspected diagnosis of Kawasaki disease will be given intravenous immunoglobulins (antibodies which are donated by blood donors) and high dose aspirin. Some children might require a second dose of immunoglobulins or steroid administration if the have a relapse of Kawasaki disease, if they fail to respond to immunoglobulins or if they are found to have giant aneurysms. If the first echocardiogram does not show any coronary artery problem then children would receive aspirin for a short period of time. A follow-up echocardiogram by a paediatric cardiologist is recommended at about 6 weeks follow-up. If the coronary arteries are affected then children might require longer courses of aspirin or sometimes a more aggressive blood thinning treatment to avoid the creation of blood clots in the coronary arteries.